Today is Thursday and we haven't had an internet connection since Monday night when I was only able to post Sunday's activities and photos before I lost the connection.  I've tried to take some good notes and photos for the past few days, but this may be somewhat vague and perhaps I may even get some locations wrong...but I'll do my best. 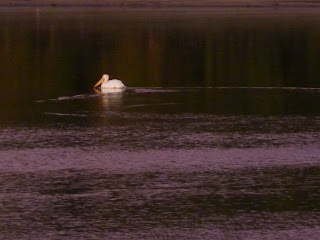 Pelicans, singly or in pairs, float peacefully on the water despite the cold.  As you can see, for a while the water was just like glass, but then the wind picked up a bit and we had small ripples. 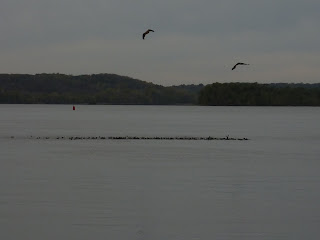 Cruising along we encountered some immature bald eagles diving and swooping at a flock of coots (small ducks also known as mud hens)--I thought perhaps they were looking for stragglers to score an easy meal.  Joe thought they were just being typical adolescents out to harrass ordinary law abiding citizens.  =0) 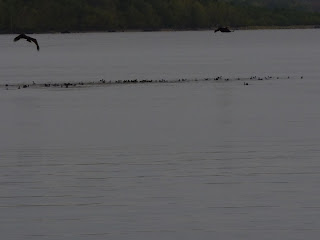 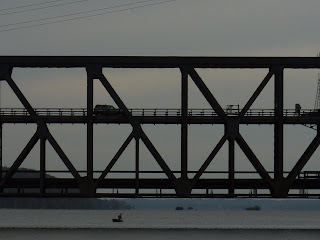 We came upon this double decker swing bridge; the upper level is for vehicles, the lower level is for trains.  We'd never seen anything like it before. 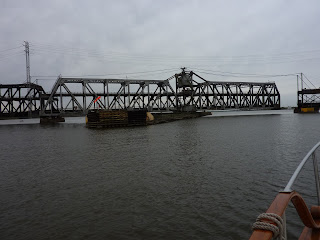 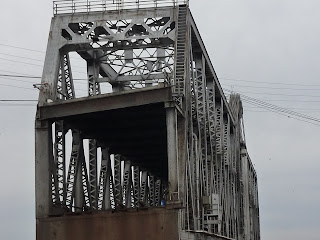 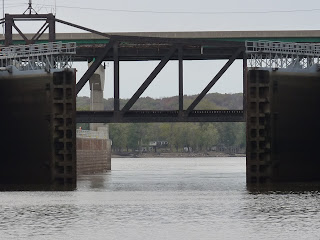 This lock  at Keokuk, IA had a 34 foot drop and a swing bridge right after it. 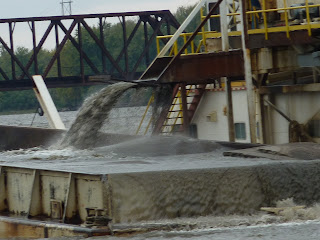 Here's one of the Army Corps of Engineers' dredging boats.  It looks like panning for gold, doesn't it?  The water pours out and the sand sinks... 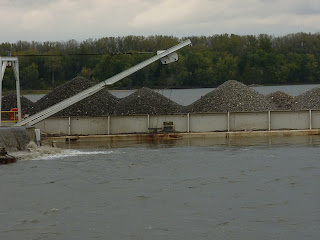 then is piled onto a barge which is then hauled someplace and spread out to make a new beach. 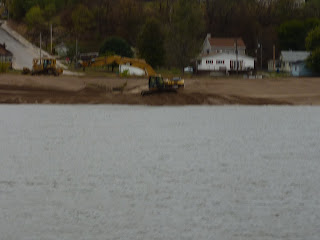 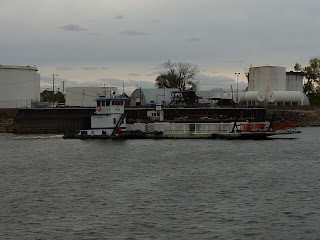 We've seen several places where there are ferry boats crossing the river.  Here's one on its way to pick up a grain truck 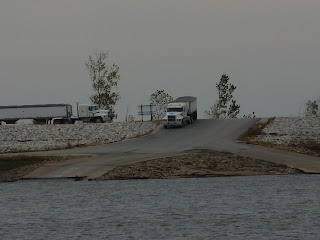 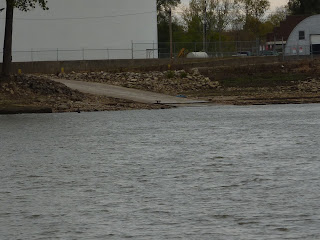 and take it across the river to this ramp. 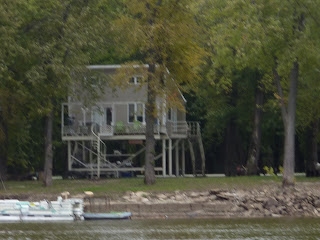 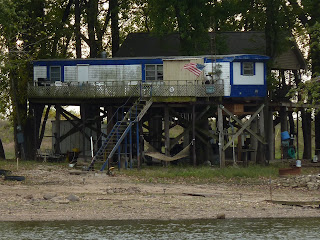 We've seen lots of dwellings on stilts all along and on both sides of the river. 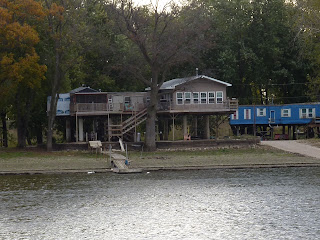 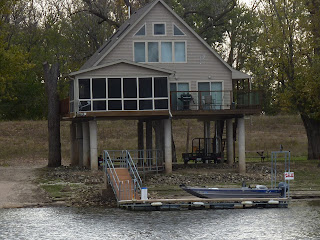 We made it to Burlington, IA about 10 AM on Monday and planned to cruise right through.  But we found out that the railroad lift bridge was being worked on and wouldn't be opening until 7 pm.  After some discussion, Joe decided that he and Phil could take down the mast and we would then be able to get under the closed bridge. 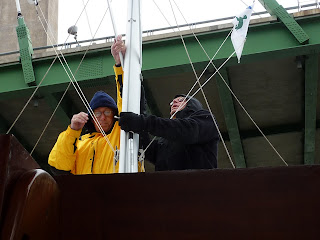 Okay, now we're good to go...oops, the Coast Guard said the river was closed and no one was going anywhere.  =0/ 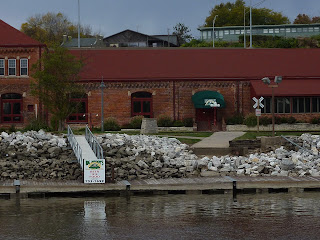 So we backtracked to the Big Muddy Bar and Grill and tied up to their dock for the night.  Since we were staying there for free, we thought it was only right to patronize the establishment.  We ate both lunch and dinner there! 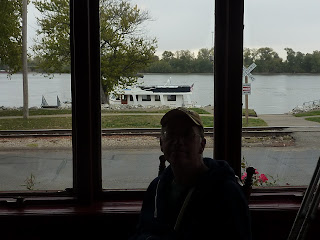 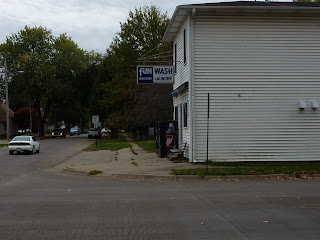 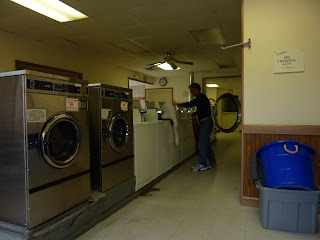 After lunch we rented a car and did some laundry at the Fun Wash! 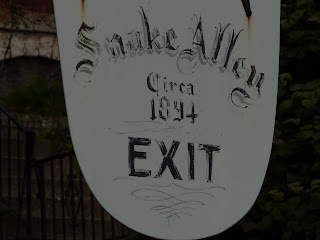 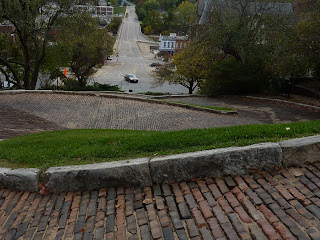 Then we did some sightseeing.  Burlington has many magnificent homes and a fascinating street called Snake Alley.  The cobblestone street, which has beautiful landscaping and homes, winds back and forth with hairpin turns.

Here's how it looks from the top... 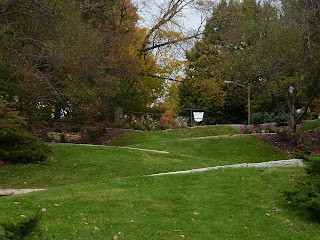 and here's how it looks from the bottom. 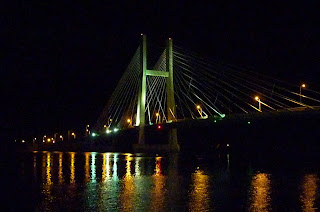 Here's the Burlington bridge by night.

Though the day didn't play out the way we had planned, all three of us had a good time.