Photos added--take a look (11/22/11)
We woke early and enjoyed our coffee and the on-line edition of the Sunday paper. I'm really loving these quiet, peaceful mornings on the river, even the ones when we don't have internet and can't read the paper. 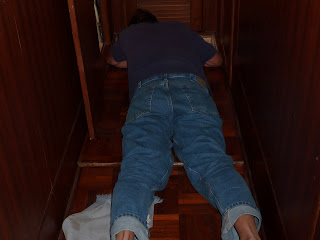 We were ready to leave our anchorage by 8:30 but the starboard engine wouldn't start.  Since it turned over, Joe said the most likely culprit was a clogged fuel filter so he went below, shut off the fuel line 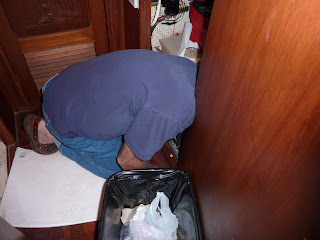 and changed the primary filters on the engine. 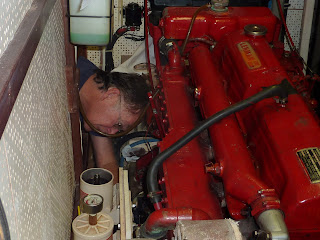 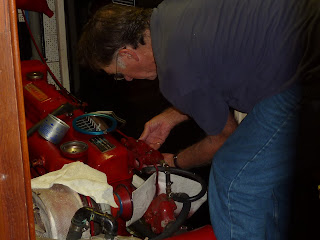 It still wouldn't start.  So he changed the secondary fuel filters and that took care of the problem.
While he was at it, he decided to also change the secondary fuel filters on the port engine too, so we shouldn't have that problem again for a while.  Now we're out of spare fuel filters so we need to make sure that we get some ASAP.  One of the things all the cruising books agree on is that you have to carry multiple spare parts for just about everything that can be replaced on the engines because you never know where you'll be when Murphy's Law kicks in. 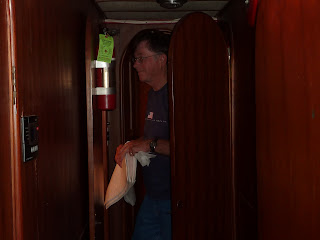 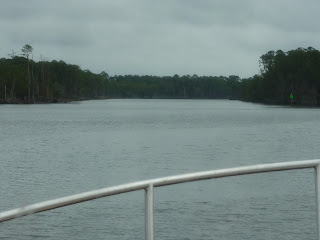 Before long we came to a canal that leads to another, somewhat smaller bay.  We've found that traveling on canals has been relaxing and interesting; relaxing because the ones we've encountered have been quite straight with calm water and you just have to stay in the middle, and interesting because we get to see things we're usually too far from shore to notice. 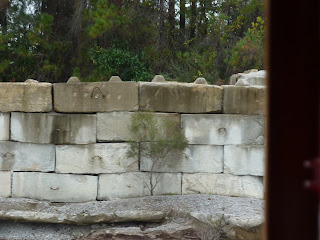 We passed a sea wall made out of what looked like giant Lego blocks. 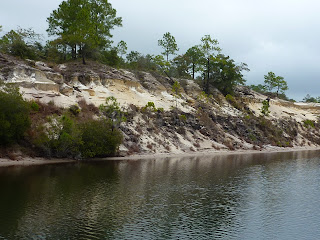 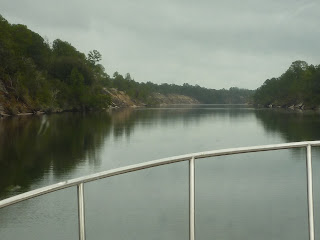 When we were about mid-way through the canal, the water was like glass. 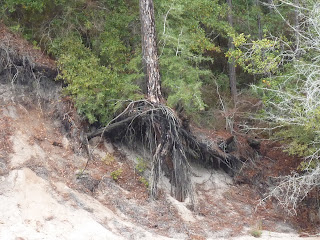 There was a lot of erosion in many places along this canal, with trees and other vegetation just barely hanging on. 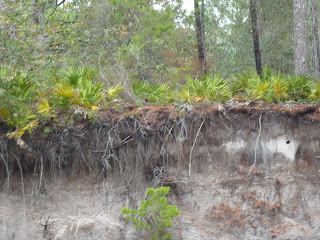 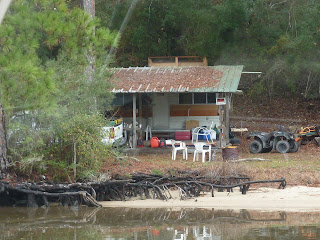 A small cabin was right at the edge of the water (cue the music from "Deliverance"). 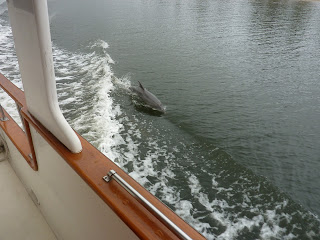 We've seen lots of dolphins ever since we left Mobile Bay, but mostly they just happen to be in the vicinity of our boat.  Today we had two dolphins following along side us for a while as though they were playing a game with us. 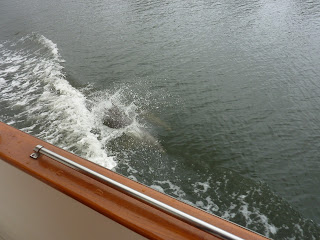 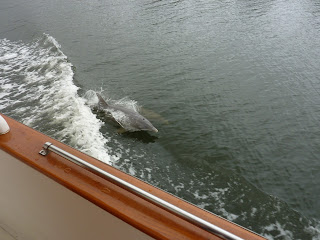 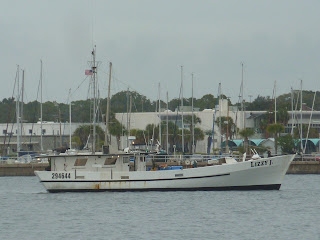 We saw what we think is an oyster boat.

We're anchored for the night across from Panama City Beach in Smack Bayou.  We're just one day away from Apalachicola so we'll hang around here for a few days then leave for Apalachicola and wait for a weather window to make the 24-hour crossing from there to Tarpon Springs.
Tonight we made fried oysters with salad and rolls for dinner.  We're really going to have to show some self-discipline and eat the chicken and ground beef that we bought before we went to the seafood store!
Tomorrow we may take the dinghy over to Panama City Beach and see what interesting things we can find.
Posted by MaryJo Boyle at 10:23 PM