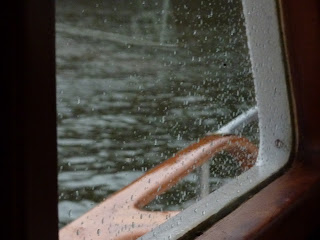 Our intention was to leave the marina around 7:30 this morning, cruise approximately 72 miles and make it through 4 locks before anchoring for the night.  Unfortunately, about 3 AM all three of us were awakened by wind and waves that were slamming Paradise against the dock we were tied to; it didn't let up so none of us got back to sleep.  Then rain started pouring down at about 6:15 and continued for several hours.  Joe decided to wait for a while to see if the rain would let up, so we were all on our computers since we had a good wifi connection at the marina. 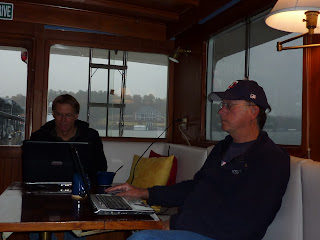 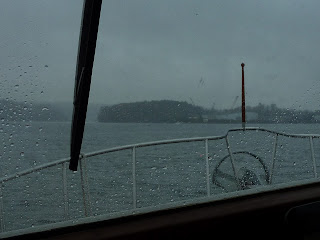 About 9 AM Joe started the engines and decided to leave, as did Sea Ya and Papillon, a 42' Kadey Krogen trawler.  It was still raining as we all left and for a good while afterwards; our three boats lined up by cruising speed--See Ya in front, Paradise in the middle and Papillon bringing up the rear. 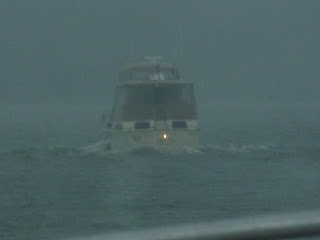 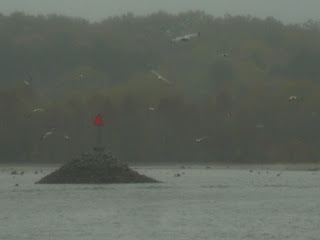 As we traveled, the colors and the scenery were beautiful despite the rain. 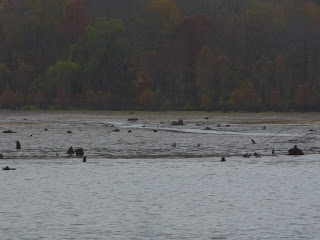 Pretty soon we came to a stump field. 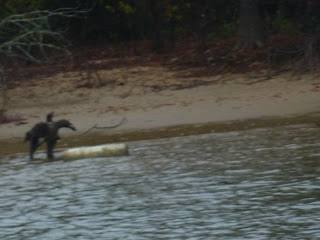 Then we saw what we thought was a dog on an island, but it turned out to be a stump also. 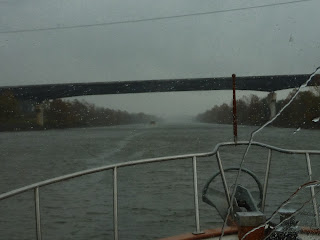 Four or five miles from the marina we came to the Tombigbee canal aka "the ditch".  The canal was very attractive and our three boats were the only traffic except for one other pleasure craft and one tow--both coming in the opposite direction. 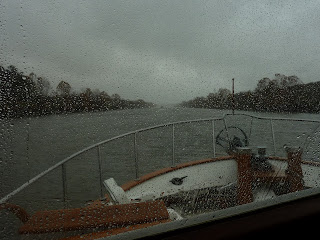 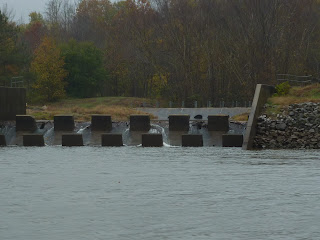 We saw some structures that act to divert incoming streams from causing erosion. 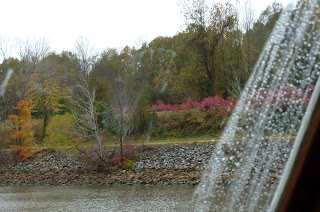 The colors were amazing in the canal. 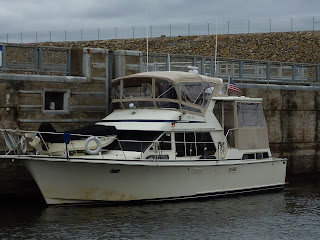 The first lock we got to had a lift of 85 feet. 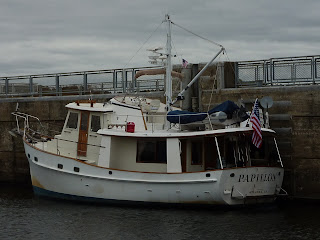 And of course, this is "Papillon" 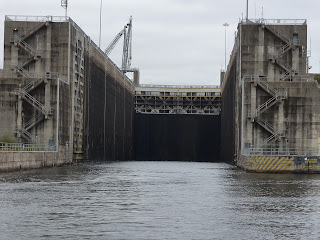 That was some drop!


Since we lost over an hour and a half of travel time while we waited on the rain this morning, we only made it through 3 locks and got 60 miles, but it was still a good day.
Sea Ya and Papillon decided to stay in a marina tonight, be we continued on for another two miles.  We finally anchored for the night at about 4:45 just a little north of the final lock we had hoped to get through today.
As I write, the wind and current are causing us to swing around on our anchor but it's gentle and won't cause any of us to lose any sleep.
Ahhh, sleep--that sounds so good.
We're going to try to get an early start tomorrow; the forecast is for partly cloudy so hopefully we can make up for the time we lost today.
Posted by MaryJo Boyle at 10:19 PM