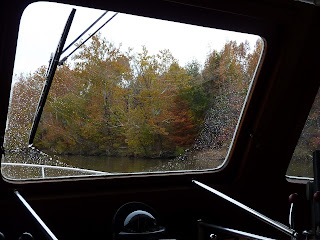 We woke to clouds, which turned to a light rain just as we left last night's anchorage.  It's cold again today and the forecast is for some wind. But the fall colors still look beautiful. 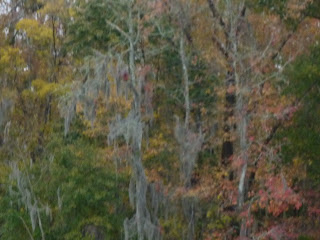 We saw Spanish moss for the first time. 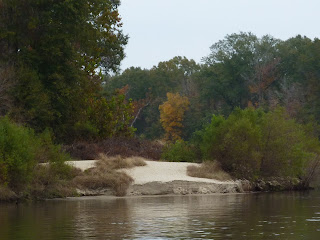 This could be one of Joe's paintings...but it's a real landscape that we passed on the river. 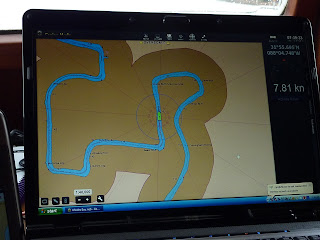 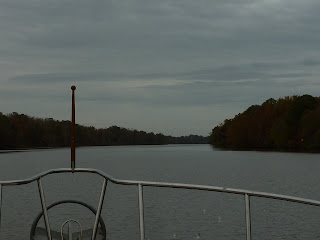 ...but it just doesn't look the same in a photo, does it. 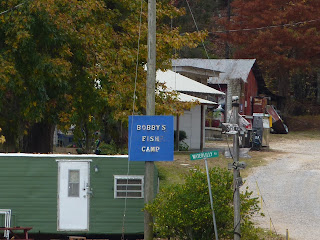 Bobbie's Fish Camp is the last chance for fuel before the long stretch to Mobile.  We filled our tanks at Demopolis, so we cruised on by. 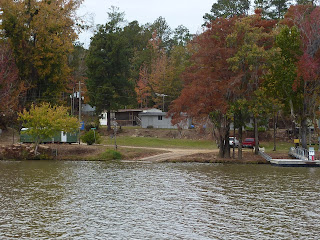 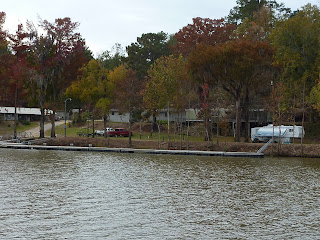 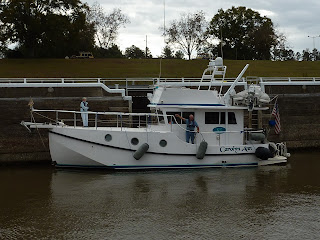 Today we went through the final lock in this part of our Great Loop trip and we won’t see any more locks until next summer when we get to the Hudson River in New York State.  We shared the lock with "Carolyn Ann" and the two skippers discussed possible anchorages for the night. 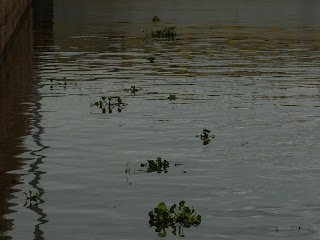 We saw lots of water hyacinths floating in the lock.
Leaving this lock means that we are now at sea level and will have to be concerned with the effects of both river currents and tides until we get to Mobile Bay; after that we'll worry about high tides and low tides. 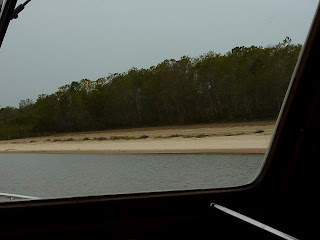 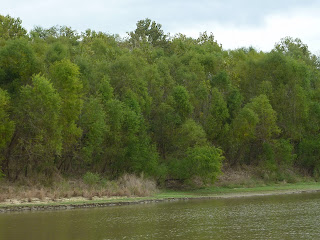 Suddenly, these bright green trees were on both sides of the river, a startling change from all of the colorful deciduous trees we've enjoyed.  They look soft and feathery.  Anyone know what they are? 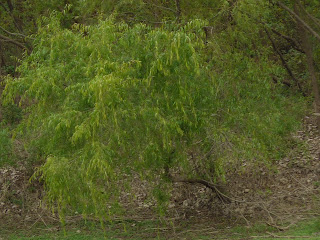 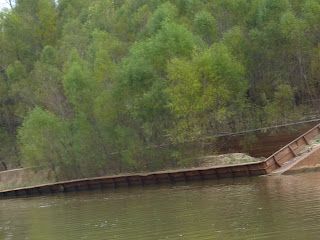 Here they're growing in an abandoned barge. 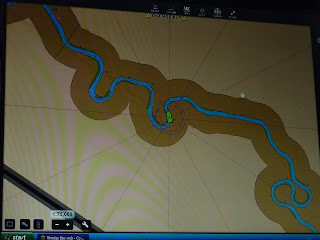 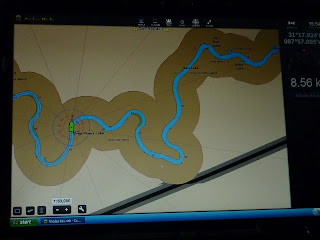 That little green shape in the middle of the blue squiggly channel is "Paradise". 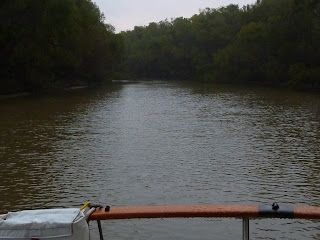 We anchored at MM 63.8 aka Three Rivers Lake.  This is the narrow channel that leads to a lake, but Joe decided to anchor close to the main river channel because it was windy and we now have to deal with tides so he was concerned about getting into the lake and not being able to get out until the tide came back in.  While Joe was trying to figure out just where to get situated another trawler came and cruised right on by us like he'd done it a hundred times before.  And much too close to Paradise for my comfort!
Joe hailed him on the marine radio and asked for advice about depths, but it turned out this was the first time these folks had been there too.  We didn't see them leave so we don't know if they got into trouble. 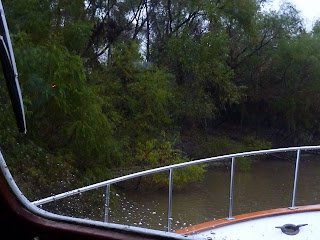 We got the main anchor down, but we were swinging into the trees on our port side, so Joe put out the stern anchor to keep us in place. 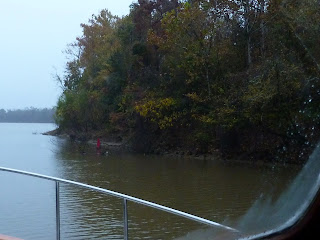 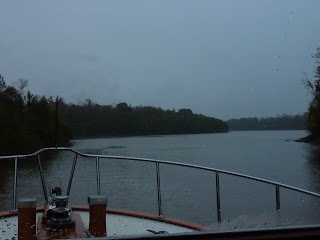 Here's the view looking back out to the main river channel.
Another cold, drizzly night but we're snug and warm in Paradise.  =0)
Posted by MaryJo Boyle at 11:09 PM